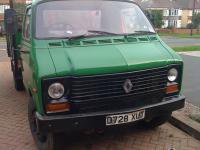 Advice on machinery for moving timber

By timberdelf, January 1, 2019 in Firewood forum