Is it safe to to remove these leylandii

These  leyllandii (in the photo below) were planted 15 to 20 years before the patio wall was built and the trunks of the tree are 3 to 4 inches from back of the wall.

I am thinking of cutting these trees behind the wall down at ground level and leaving the remaider of the tree and roots in the ground. 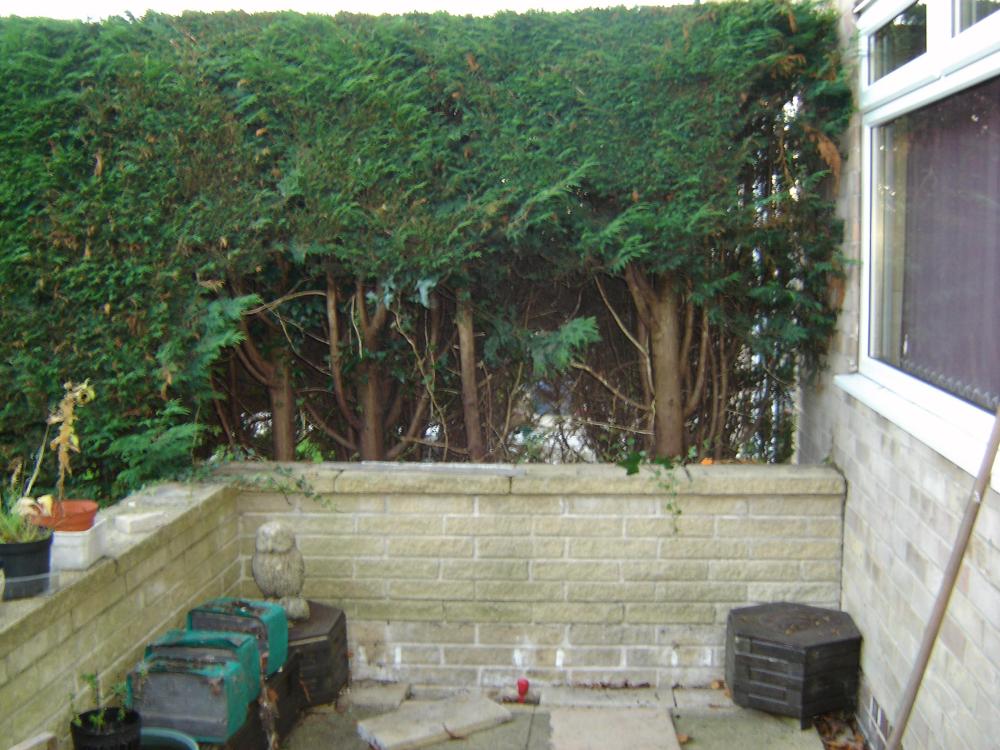 Edited December 1, 2021 by alankearn
I AM AN IDIOT