So Im having a discussion with my neighbour and some of you guys might be able to help.

My neighbour and I share a Driveway. I own part of it and he owns the rest. He was under the impression he owned all the Driveway but has accepted (after some legal advice) that he does not in fact own the section I have said all along is mine. Anyway, as he thought he owned my section of the Driveway, and the small strip of land on the other side of the drive closest to his property he planned on running utilities, ie Water and Electric from the Main Road up to the Barn Conversion he is doing along side the Driveway he now accepts is mine. He is still under the impression he is still running his utilities here but knows I have reservations. He only informed me he intended running his utilities over my land when he seen me digging a hole to install Gate posts. He said I cant install Gate posts there, there thats where he'll be running his utilities.

The Brown section is my Drive (and strip of land) and the Blue Section is teh same drive, just his section of it.

The strip of land he is planning on installing the Utilities (1 meter deep) is sandwiched between the Driveway and some tree's. These tree's are 2 meters away from the driveway. The Trees are a mix, including some Scots Pine and sycamore. The Scots Pine has to be 50-60 feet. As he thought the land was his he had no intention of informing me of this. But obviously now he has.

The Trees themselves are smack bang on the Boundary line. We've not even looked into ownership yet.

My (long winded ) question is; Is there a danger in digging a 1 meter deep trench along a row of trees within 2 meters of them now or in the future? Would this cause the trees to be significantly weakened and have a real potential for them to blow over? Or die? If they fell they would easily fall on my house, and theirs depending on which way they went of course.  Basically he wants to sink his utilities roughly where that 8" Oak Post is now.

In the plan below Ive drawn (badly) in Yellow where he plans on running the utilities. The Black dots are kinda where the trees are. 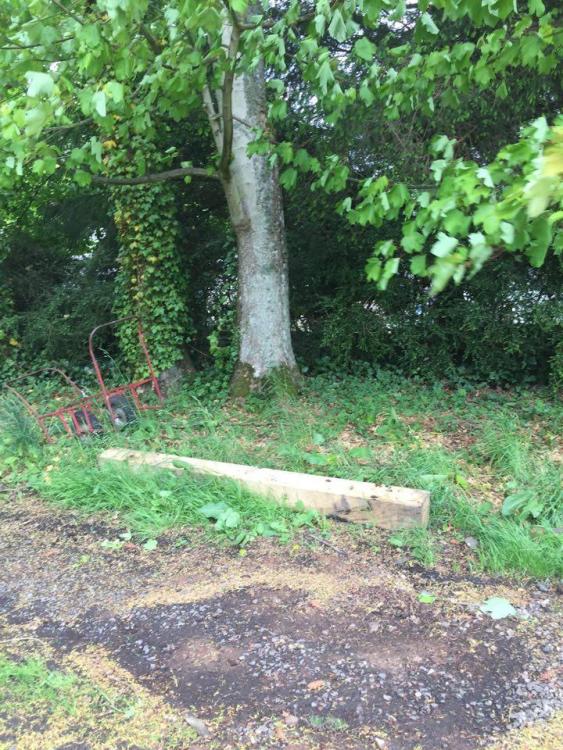 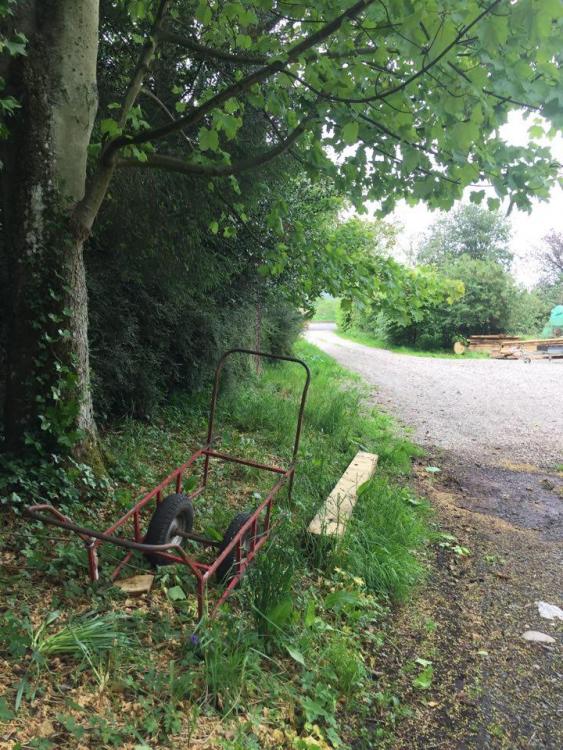 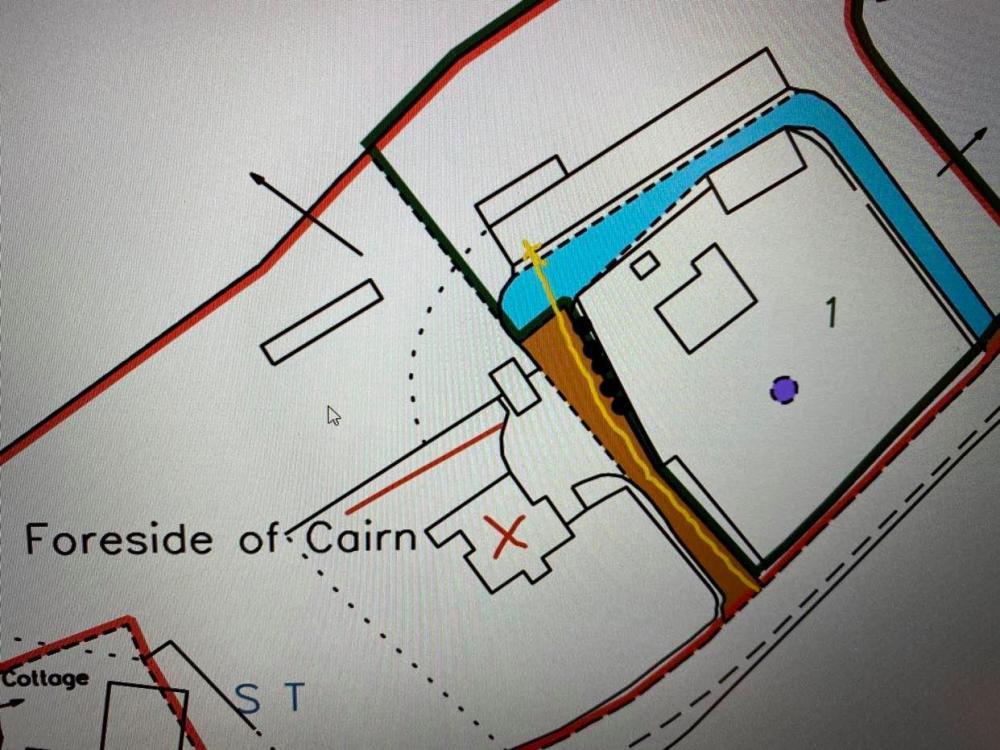 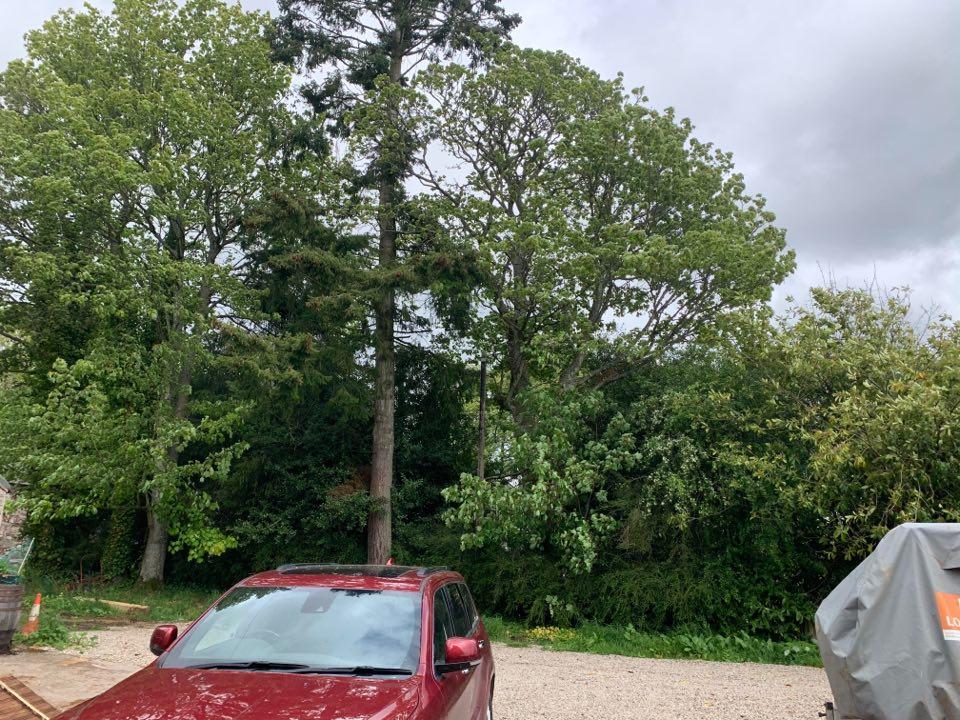 46 answers to this question