If you don’t think you’ll get the big job at a good price then you won’t, it becomes a self fulfilling prophecy.   Last few years I’ve secured some nice big TDs with really good money on the 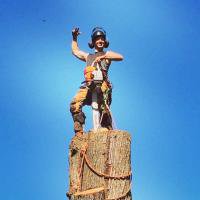 I often wonder, what if the price we work for is actually the going rate? we make a profit, what more can we ask? Should we be making a hideous profit and rubbing shoulders with the upper classes fo

Or they bunged the farmer £500 and pissed the job 4x faster….