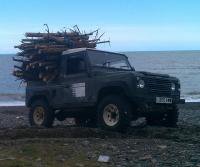 By Darkslider, November 20, 2014 in Maintenance help