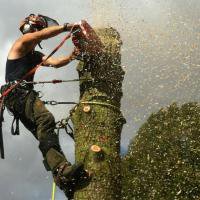 Rigging line out of reach