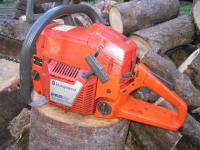 By TreeswingerPerth, April 2, 2015 in Chainsaws