The following article is taken from a series looking at the hidden treasures to be found in London.
Lonely Planet Magazine
January 2012
Words by Matt Bolton
Main Photo Matt Munro 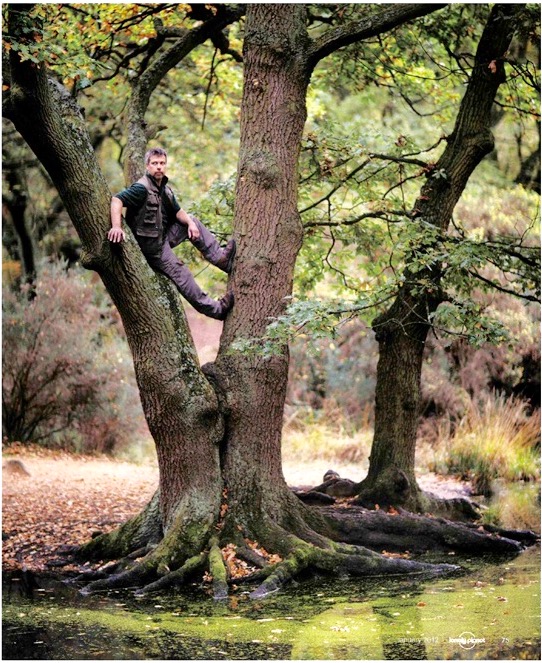 David Humphries on Sandy Heath. His latest obsession is studying how fungi and trees cohabit.

'You don't just stumble across this place,' says David Humphries a man whose excitement at clambering up the nearest trunk puts even the keenest five-year-old to shame. 'It's a place for locals only really. You'll be lucky to see two or three dog walkers a day here, unlike the rest of the park.' Here on Sandy Heath - a serene wooded Glen in the western section - there is a preternatural serenity. It's difficult to believe that this peace can be found just a couple of miles from the frantic tumult of the City, nor in an open space that attracts seven million visitors a year. 'In spring, when it's in full leaf,' says David, 'you can't hear anything except the rustle of leaves.' 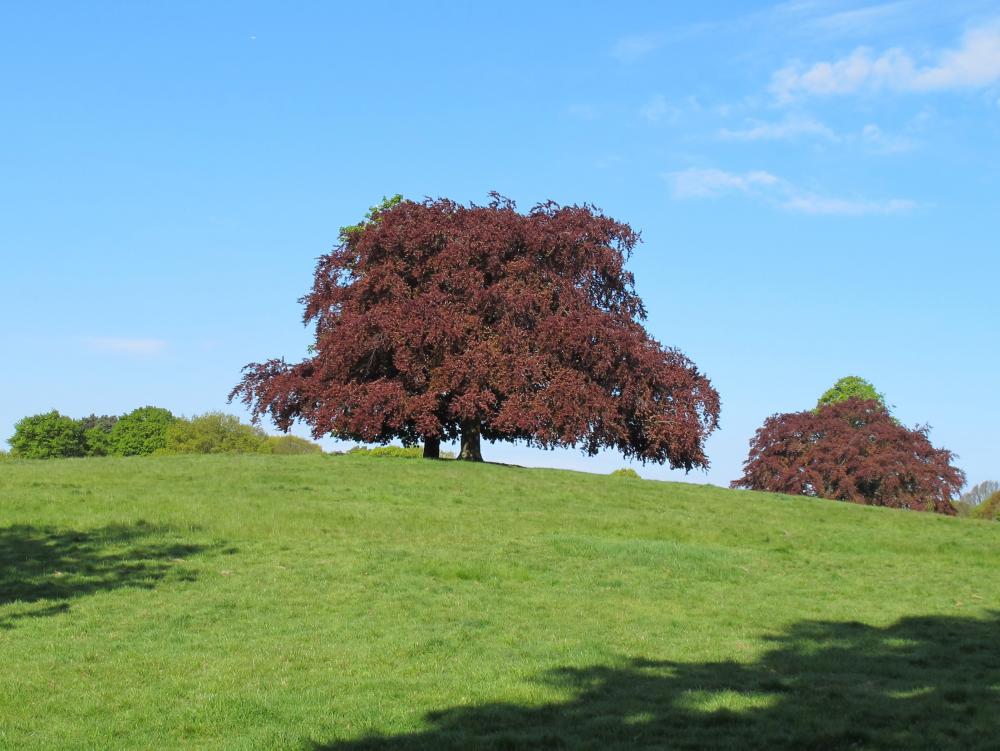 David has worked at the Heath since 1985 first joining as a sixteen year old apprentice. Despite being London bred, he says that he was never a city type, and was always drawn to a more rural lifestyle. The remarkable character of Hampstead Heath has allowed David to fulfil his dream.
Unlike London's more sedate Royal Parks, the true mark of the wild remains in the Heath. Trees are allowed to grow in crooked angles or to fall to the floor, and dead stumps slowly rot (they are a vital habitat for insects and bats) while leaves are left to pile up and decompose. 'Some other parks are more sanitised, like a Victorian pleasure park, 'says David. 'Every leaf is cleaned away so people don't get their shoes dirty. On the Heath, we're more about leaving nature to its own devise.' 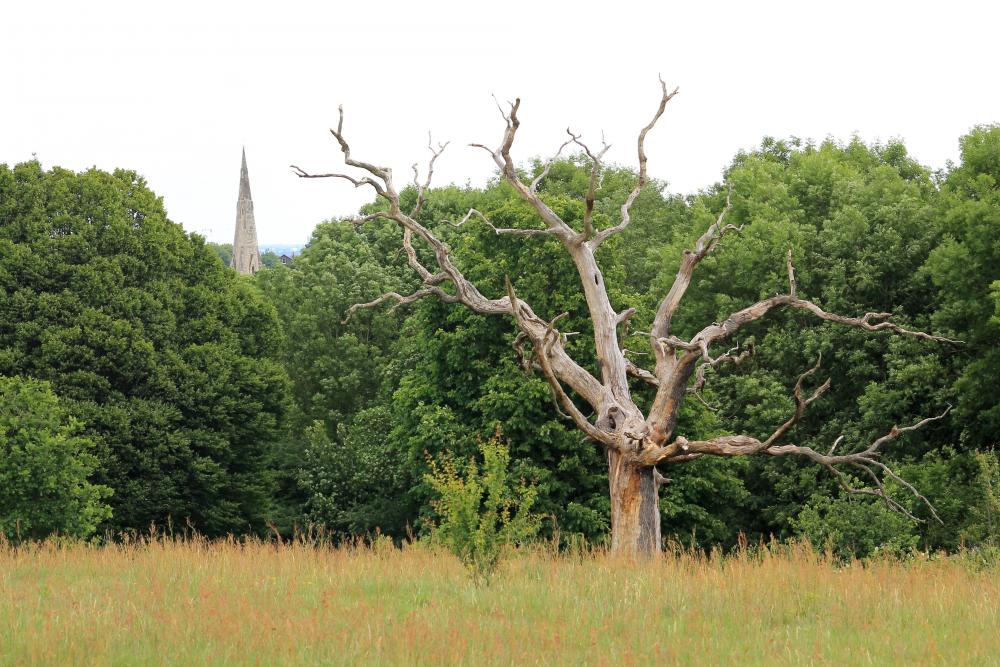 A short walk from Sandy Heath are the ruins of Pitts garden, which once belonged to the 18th century prime minister, William Pitt the Elder. A red-brick arch is all that remains, incongruous amid the woodland. A huge Beech has sprung up beside it, the roots pushing the wall of the arch over to such a crazy angle that David had to insert a support frame to stop it keeling over- a quick intervention to satisfy both the historians and the naturalists. 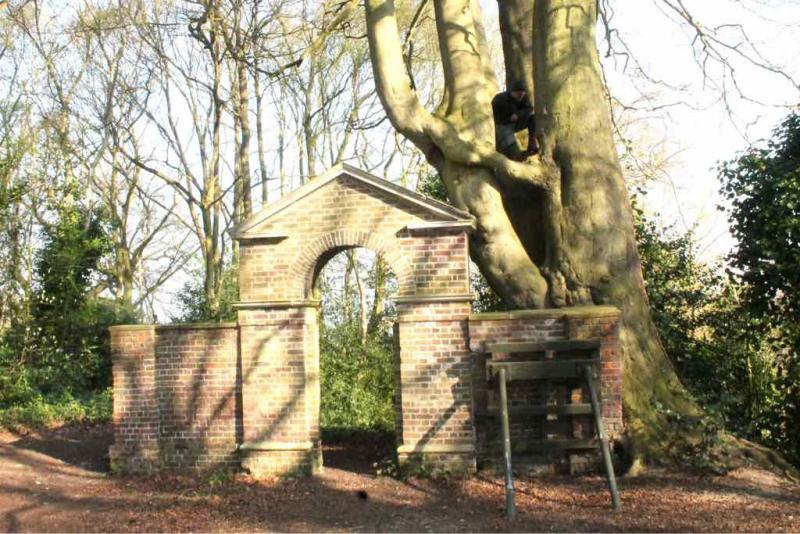 Across the road is the Hill Garden, perhaps the greatest of all the heaths hidden treasures. The huge stately home had been turned in to luxury flats, but the long serpentine pergola walkway that winds its way above the grounds for a third of a mile is open to the public. It's stone path is lined with pillars that in spring are wound with wisteria and roses.
'Spring is a time of natural noise. You can actually hear the sap rising,' says David. 'Summer is a time of buzz, the insects and crickets. And the winter is a time of dormancy and silence. That's my favourite time of the year , when the Heath feels at complete peace'

The viaduct bridge was built in 1845 as part of a failed attempt to turn the Heath into private gardens. 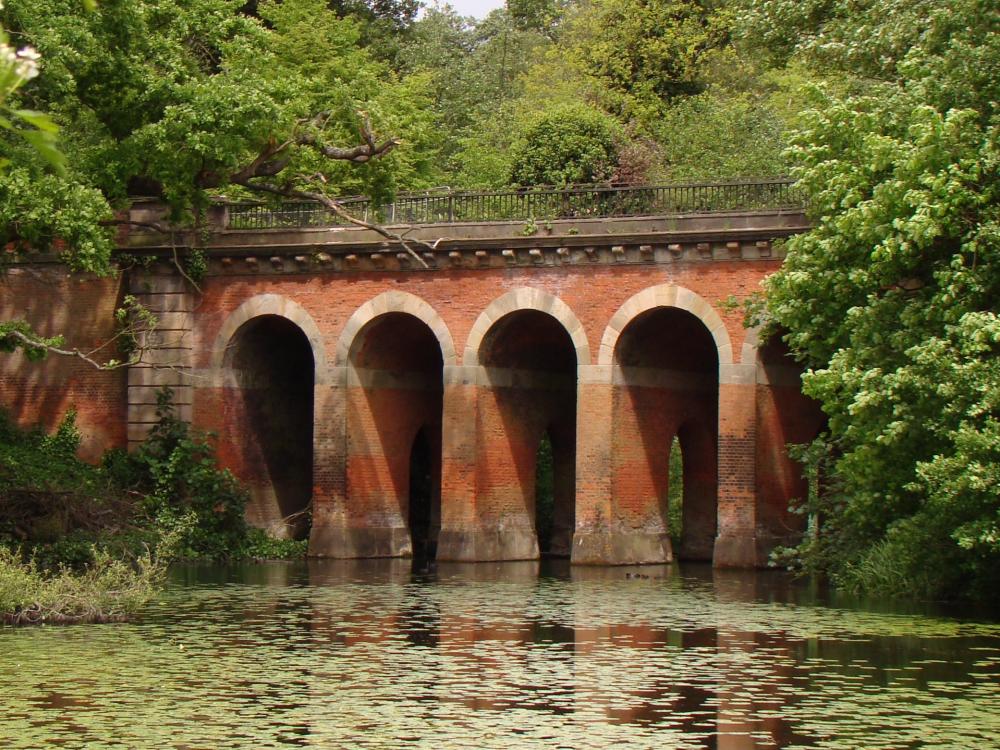