A return to the trees of northern Spain 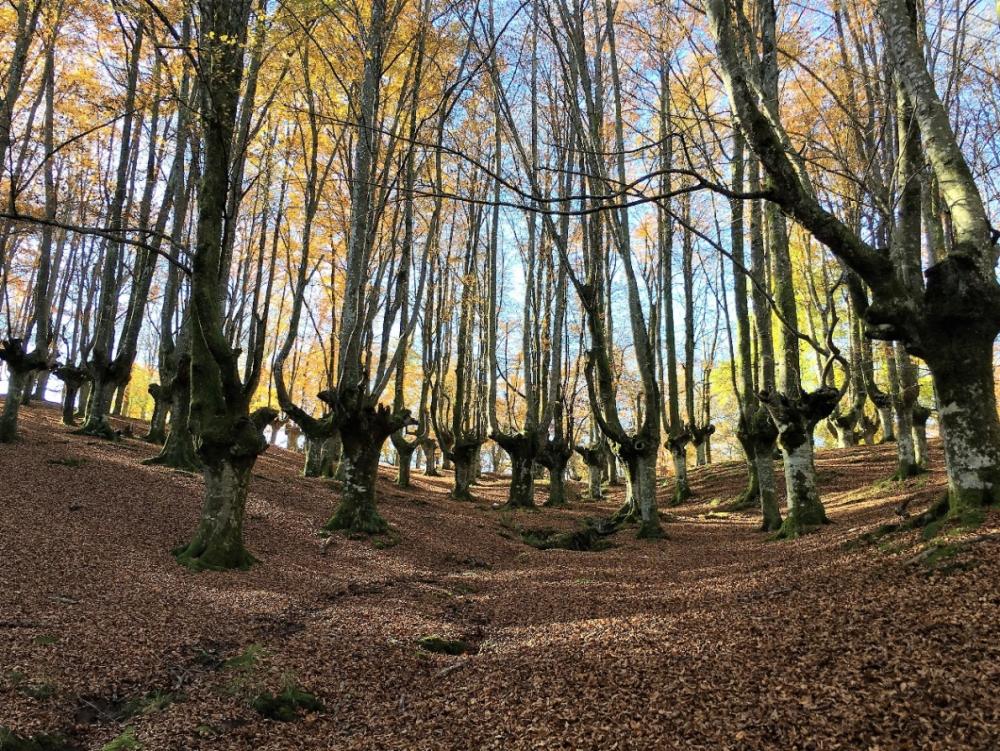 A 10 year project sharing experience from the UK, Sweden & Spain on the ecology, cultural importance and vulnerability of pollarded trees across Europe.

The Basque area (as well as similar UK sites) have many examples of where pollards left out of regular cutting succumb to dysfunction, decline and fungal colonisation by Kretzschmaria deusta, Meripilus giganteus , Fomes fomentarius, Ganoderma pfeiferri & G. australe leading to part or whole tree failure.

The project has been focusing on the most successful ways of restoring lapsed pollards by a range of reduction techniques, to mitigate failure & decline. 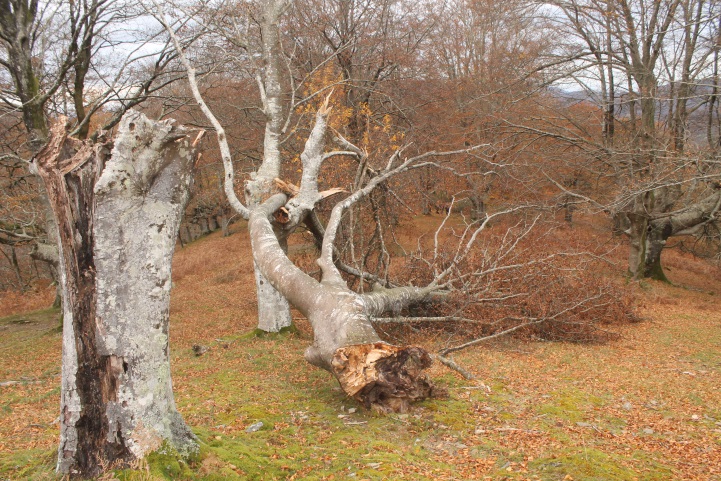 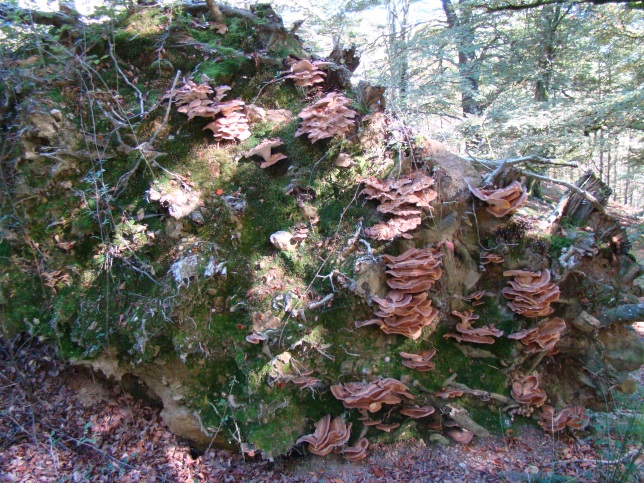 A comparison of pollarding techniques was undertaken across the Basque region at various sites.

A total of 38 lapsed pollards were cut in the Basque tradition (using axe/chain saw, down to just above the bolling) and in the Epping Forest and Burnham Beeches styles (using chainsaw and handsaws at a higher level in a phased 5-10 year cycle. 27 trees were cut by Spanish arborists  and 11 cut by UK arborists , with both sets of climbers mixing styles. 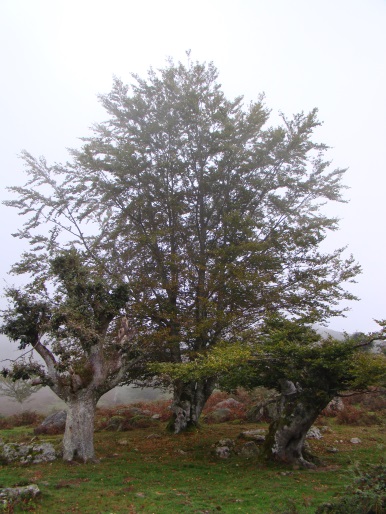 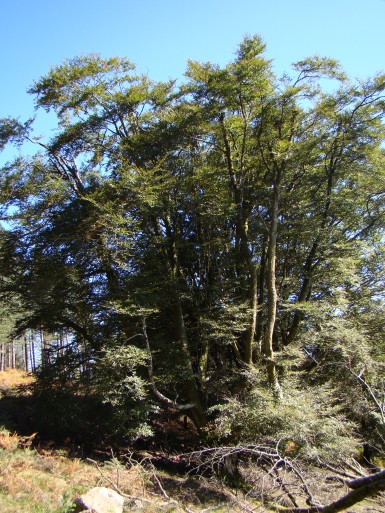 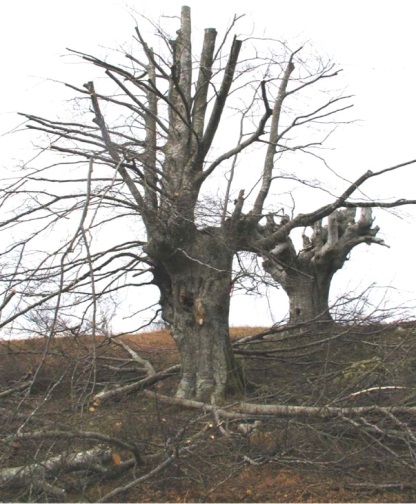 After three growing seasons a team of ecologists and arborists from the UK visited the three sites and measured the vitality of the canopy growth and decline of the target trees to assess the response and reaction to the cutting. 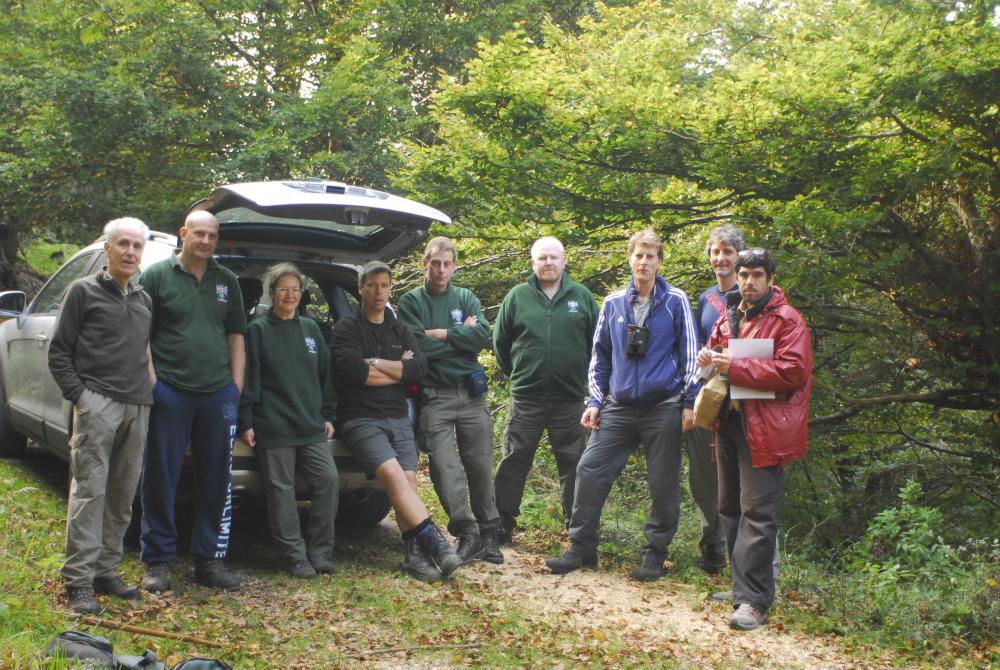 Among other things like general vigour, the length & diameter of cut stubs, how many new shoots and clusters of epicormics growth were recorded from 10 cut branches from all cardinal points per tree. 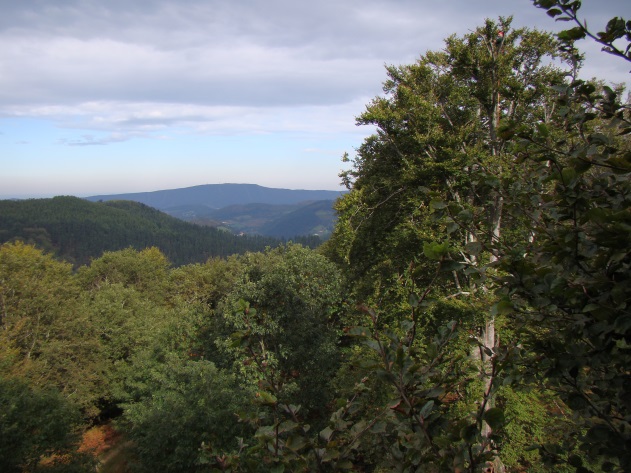 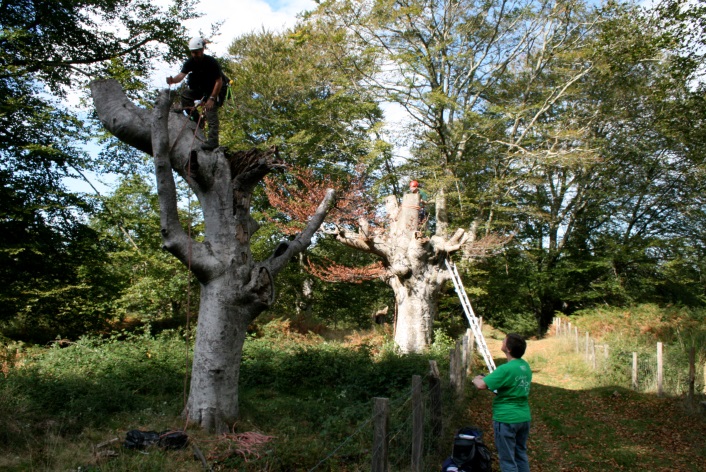 Measuring on a Basque style repollard

In conclusion the paper suggest that the pre-cutting vitality of a pollarded tree is an important factor and that retaining stubs of at least 500mm may be significant in the development of dormant buds. Avoid cutting branches over thirty years old as the ripe wood begins to deteriorate and the tree is less able to occlude wounds.

A UK team from the City of London Corporation Open Spaces spent a week at the European Symposium on Pollarded trees, visiting sites, discussing experience on lapsed pollard restoration & looking at the natural heritage of the Basque region of Spain 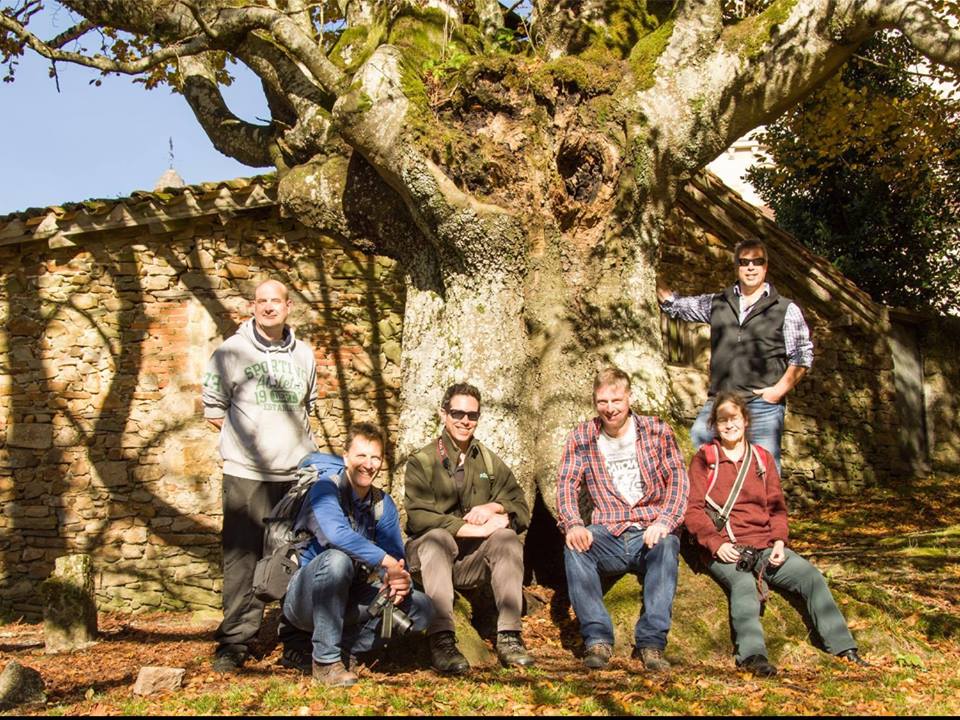 On a drive south from Bilboa in to the Navarre region, our group stopped off at the Monastery at Urkiola to see large numbers of lapsed beech pollards. 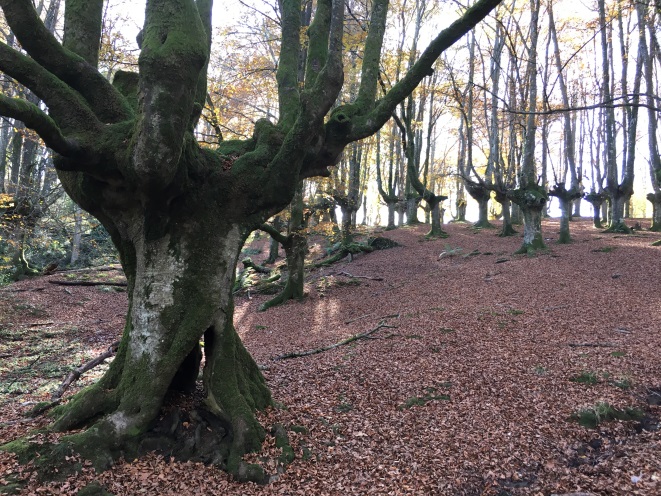 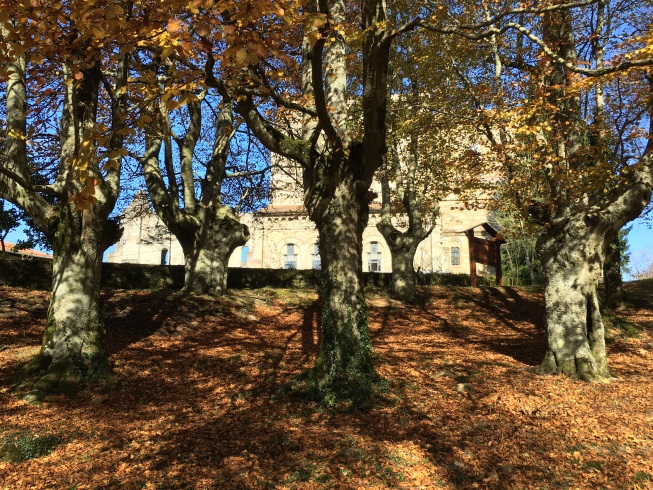 The conference started with a  set of presentations on the veteran trees and pollards at the four Open Spaces of Burnham Beeches, Epping Forest, Ashtead Common & Hampstead Heath. Followed by presentations from Ted Green MBE, Ecologists and Arboriculturists from Sweden and Spain. 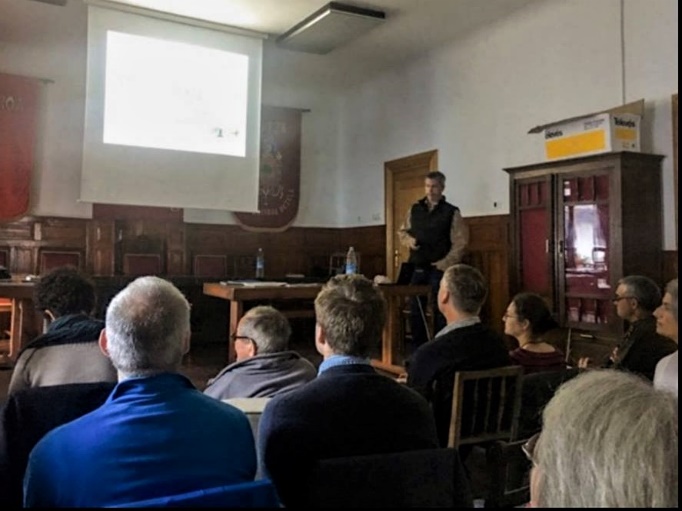 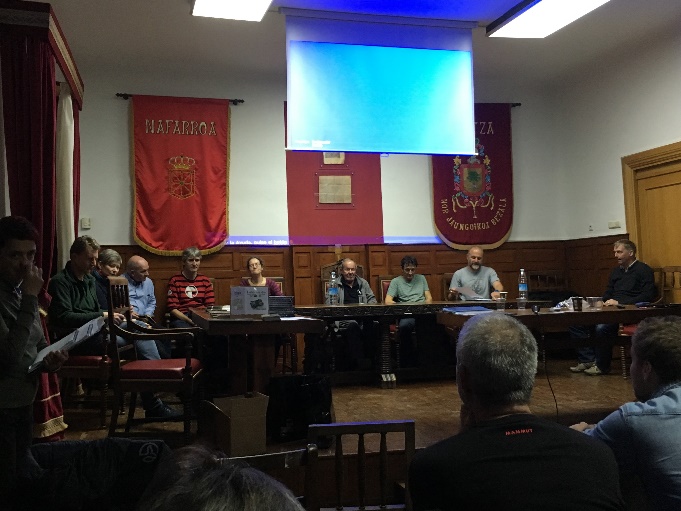 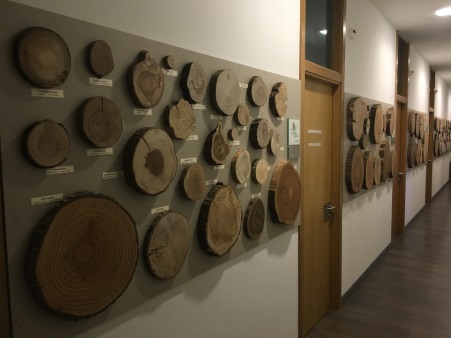 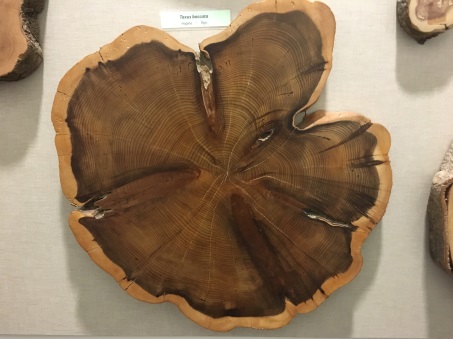 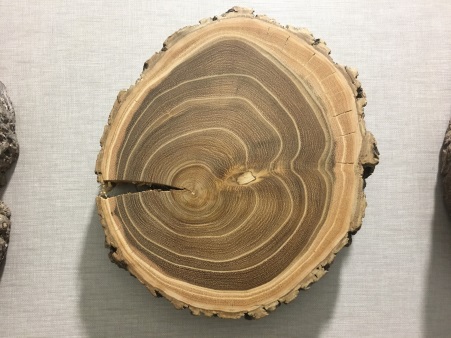 Urkizu - pollard restoration work.  Revisiting some of the 2007 cut pollards. 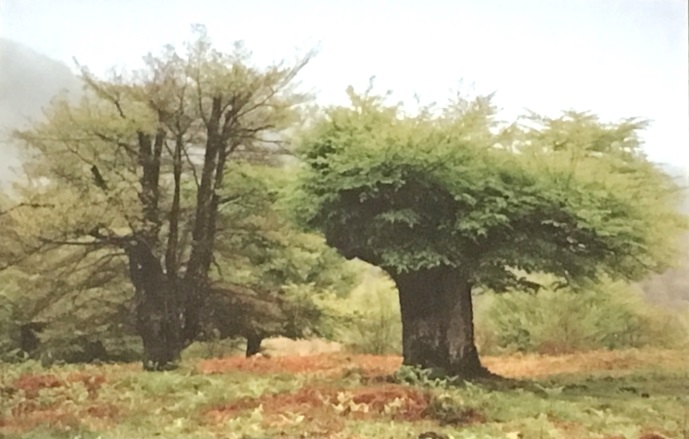 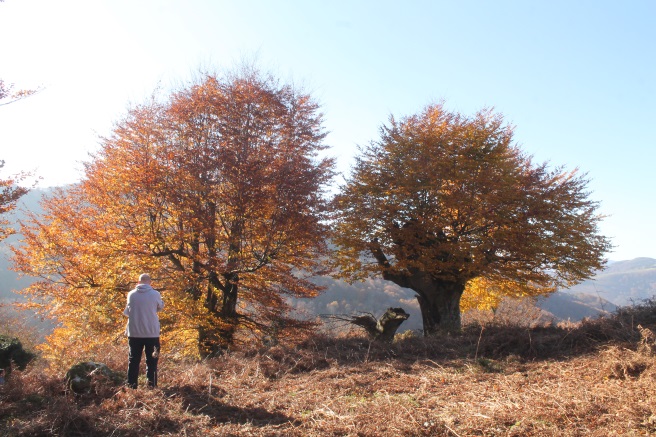 After an interesting hike up into the hills above Leitza, looking at pollards and Basque living heritage on route, the group participated in a field work shop with Spanish Arborists (Samuel Alvarez  & Oriol the axeman) with the aim of further restoring a lapsed pollard (last reduced in 2007) by axe & chainsaw being directed by CoL Ecologists and Arborists. 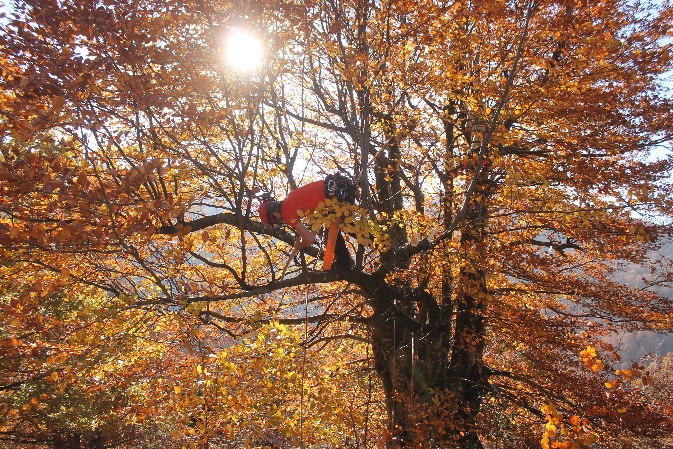 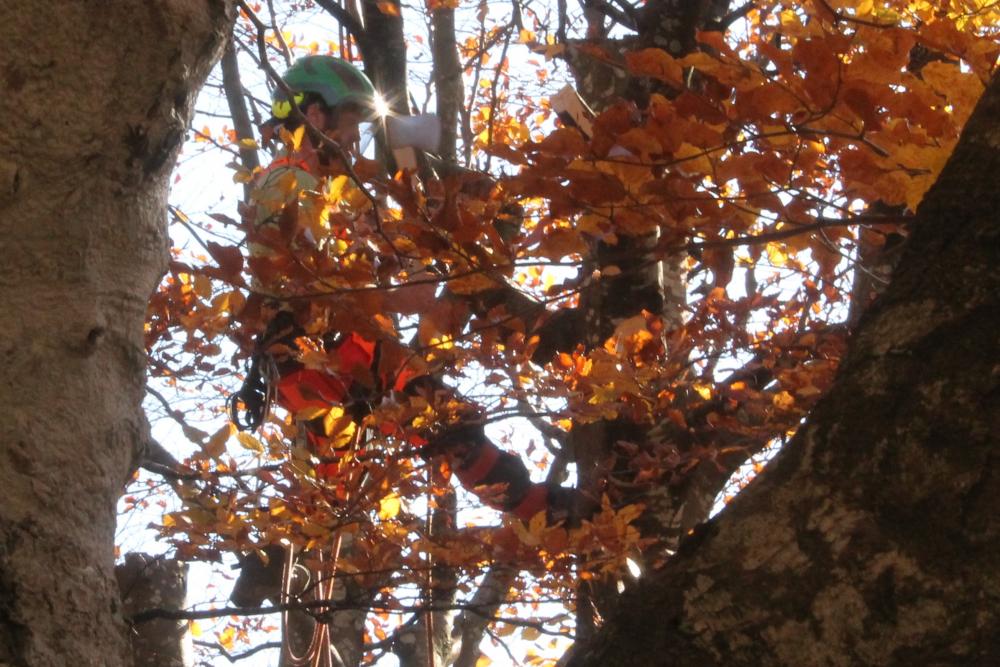 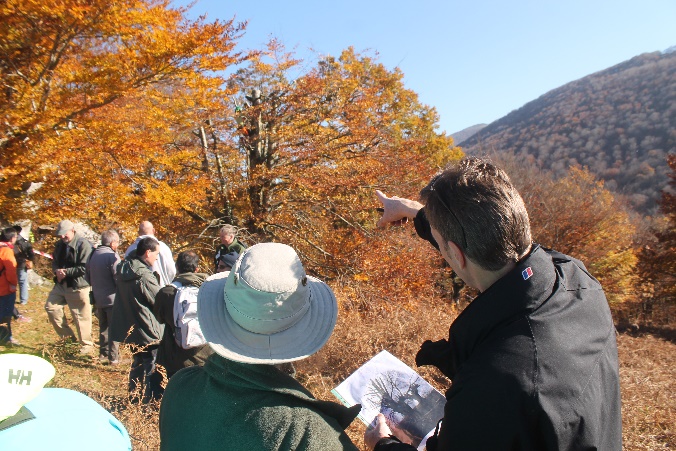 A visit with Swedish ecologists and members of the Ancient Tree Forum to see oak, beech & maple pollards in wood pasture grazed by horses & cattle. 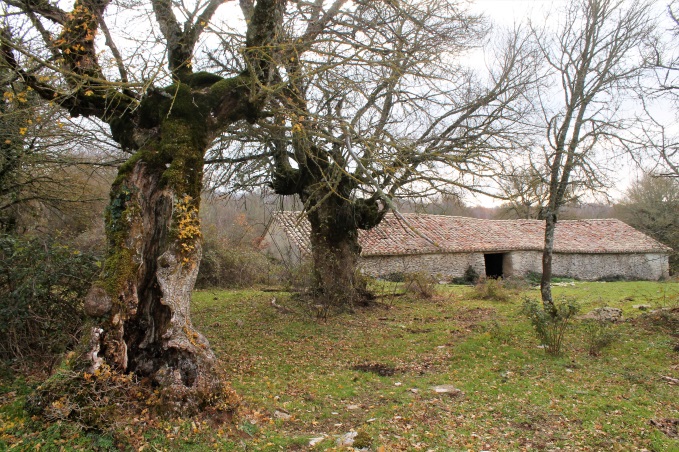 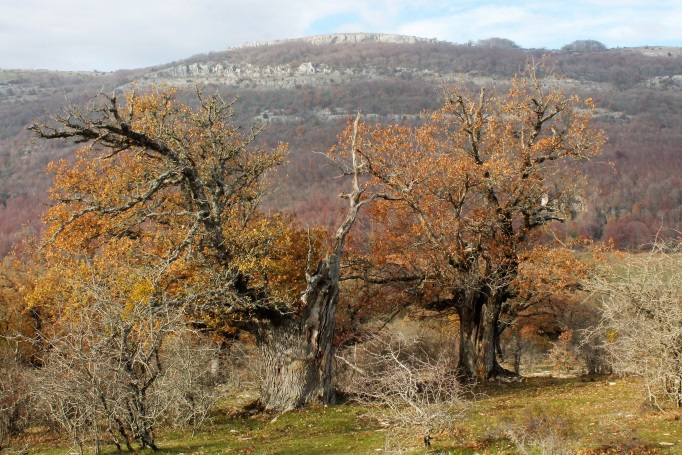 Revisit to the 2007 City of London cut pollards as well as assessing an area of Spanish hard cut pollards which appeared to have a high mortality rate. 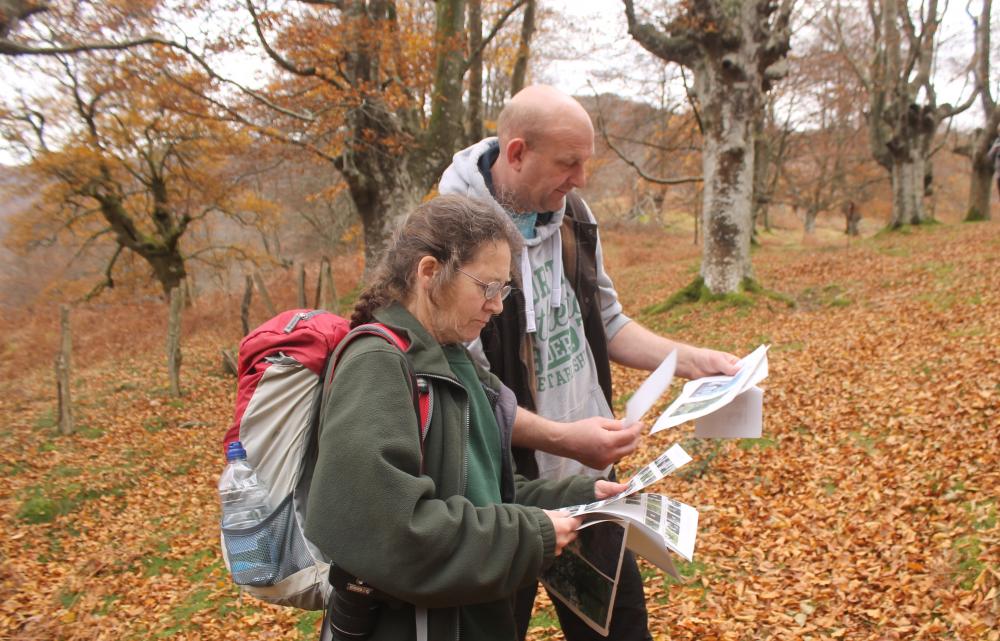 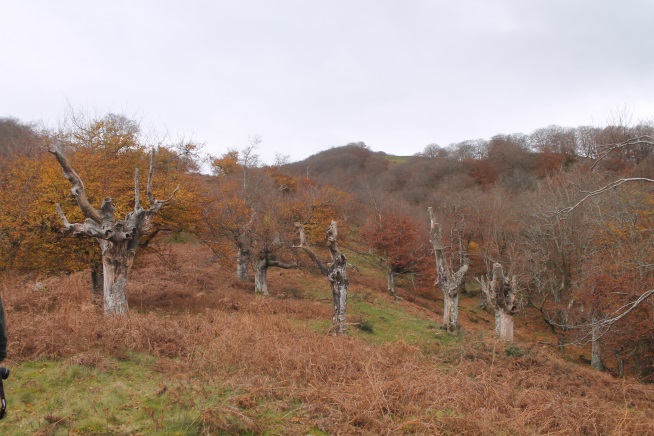 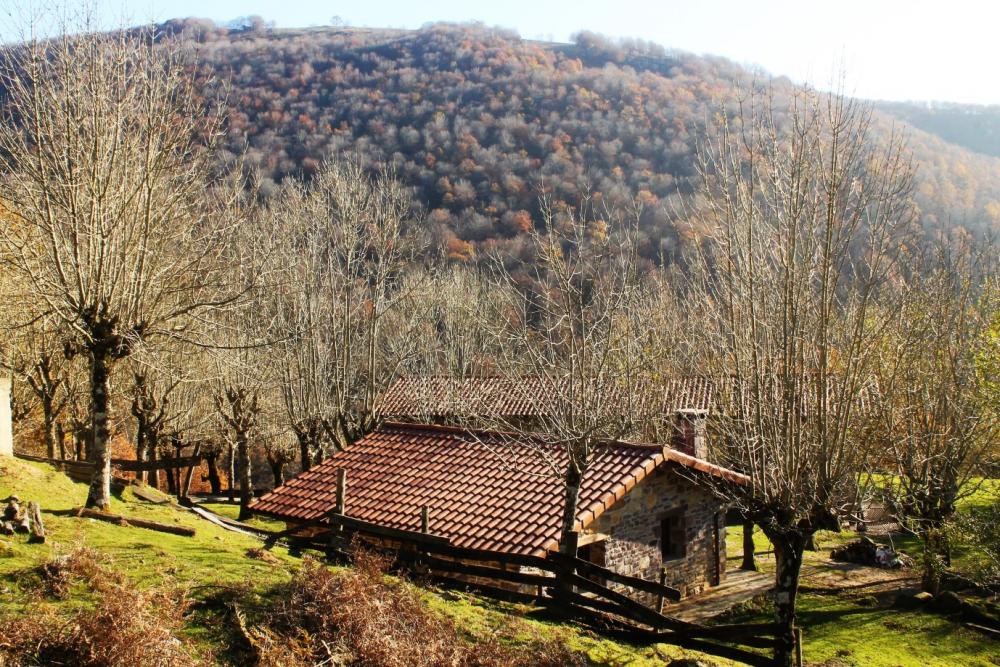 Whilst the tradition of pollarding younger trees for winter fodder continues in the mountains and foothills of the Basque country, the project is ongoing with a few keen people cutting just a few old pollards each year and trying to source funding for the restoration program into the future.

There is an appetite for an ongoing collaboration with Basque & Spanish arborists with the potential for working visits to the UK to work with Arborists in Suffolk and with the City of London Teams whilst working on the veteran pollards at Burnham Beeches in 2018.

This was yet again an amazing and inspiring trip and I very much hope to return to enjoy the heritage and tradition of the Basque way of life.