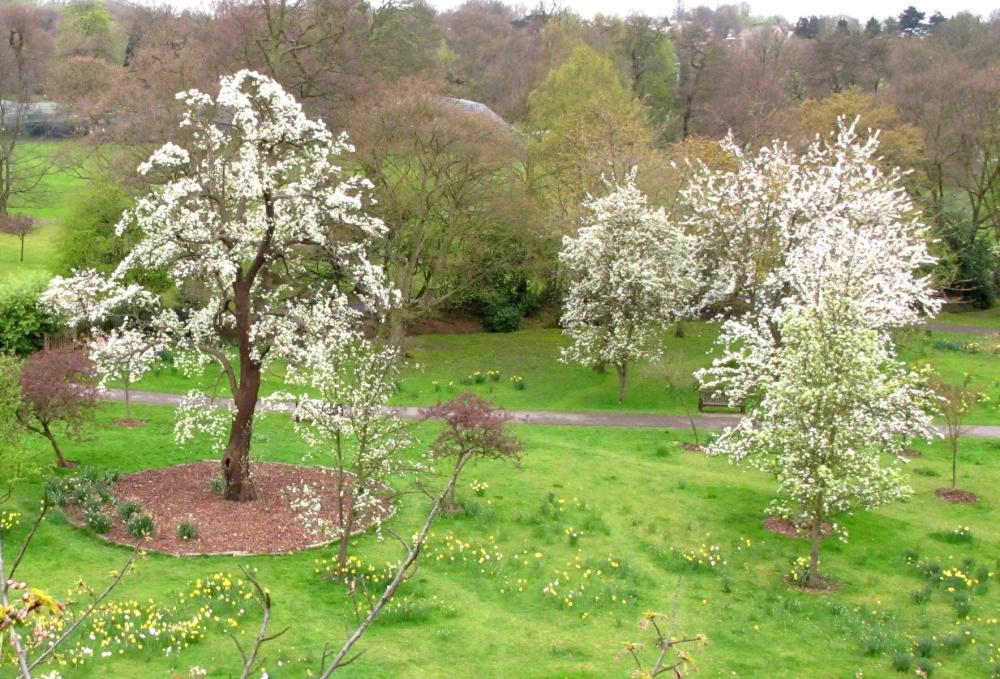 Remnant veteran pear tree in Victorian planted orchard at Golders Hill Park in north London
There are an estimated 400,000 apple trees spread across London today, this is approximately 5% of greater London’s 8 million trees.
For many centuries whilst London was still growing, there was a need to feed the city’s population with local produce, many large commercial market gardens and fruit tree orchards would of been found in and around the capital supplying the market traders with apples, pears, medlar's, quince and mulberry's. 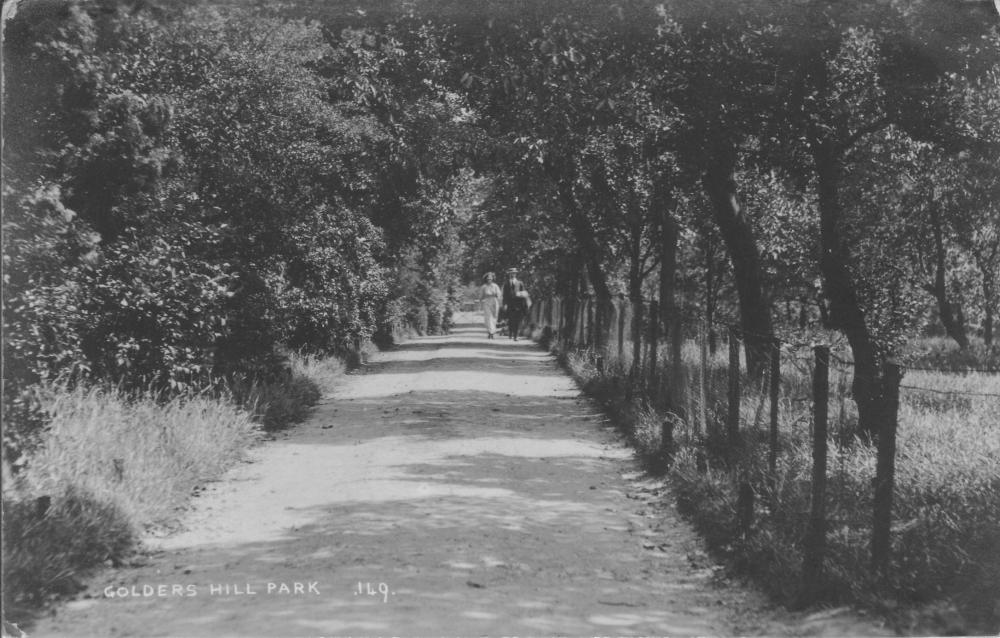 Same orchard as the pear above, taken circa 1920's
But with a growing need for housing these enterprises eventually succumbed to become the building sites of the urban sprawl and the fruit trees would have been mostly felled.
The occasional tree escaped the axe and would of been left at the back of long narrow gardens hidden away to all but the home owner and the wildlife that would make the most of natures free food. Many of these trees would have grown tall and leggy and lappsed out of cycle of being productive fruit producers due to the lack of light, correct pruning and good maintenance.
Remnants of this market garden heritage remain throughout the capital, in private back gardens, parks and public squares.
A number of areas across London still retain names associated with a fruity heritage such as Plumstead (place of plum trees) Perivale (pear tree valley) and many street names perhaps reflect a link to their past via their fruit tree names.
Heathrow airport's runways have replaced orchard nurseries, just a few meters away from the  cemetery where Richard Cox is buried, the gardener who developed the Cox Orange Pippin.
Today there is a resurgence in fruit trees being planted in gardens with garden centers and nurseries providing a wide choice of old and new varieties and for old veteran fruit trees to be restored and conserved by skilled arborist. There is also a concerted effort to discover hidden orchard remnants in public parks and to bring them back to being productive trees for local community and school projects. 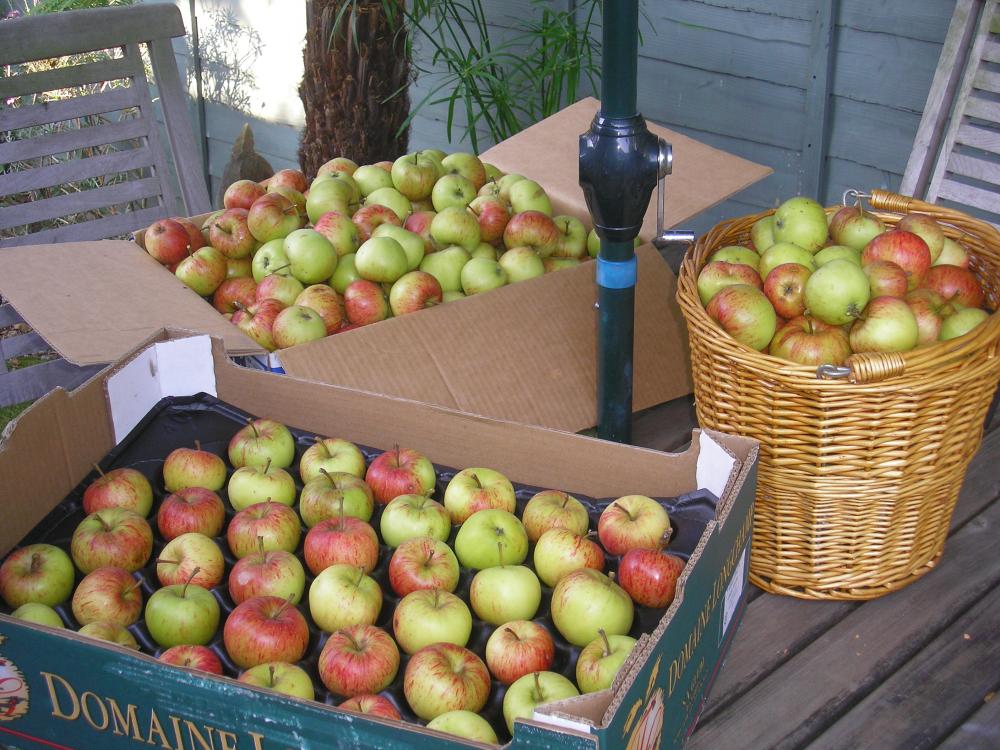 Apples harvest from my own old remnant apple tree in the back garden in north London
Recently I had the pleasure of supping cider from a newly formed brewing company in London called Local Fox
Their cider and apple juice is crafted from apples harvested across the capital by volunteer orchardists.
Very nice it was too........hic ! 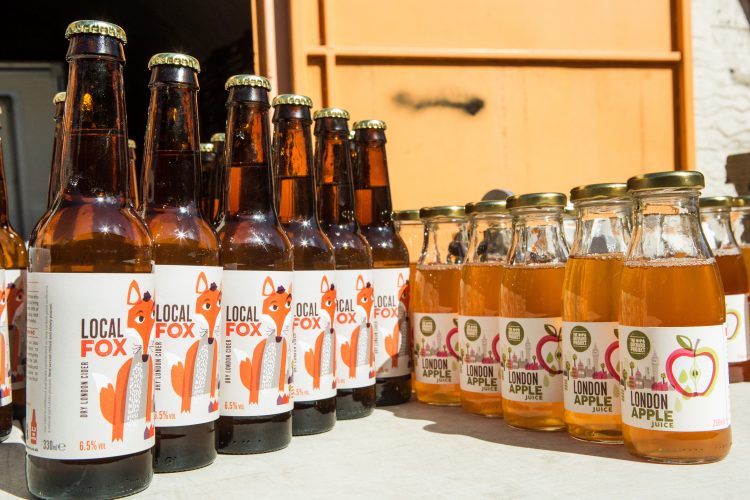 For more information on this visit the website of the Orchard project.
http://www.theorchardproject.org.uk/home
Video on how to restore old fruit trees by the Vetree project
http://www.vetree.eu/en/page/86/Video+fruit+trees
.
Sign in to follow this
Followers 1