I'd be grateful for any advice from people in the know. My yew tree is looking unwell and I'd be very sad if it died. All the other yews in the area are much greener and more bulked out. It did have a reasonable 'crop' of berries which I'm hoping is a sign it's not quite dead yet - but is there anything I can do to help it out? 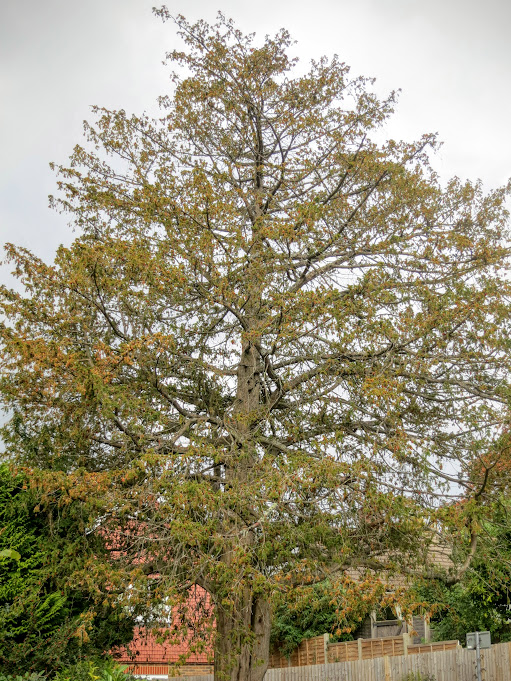 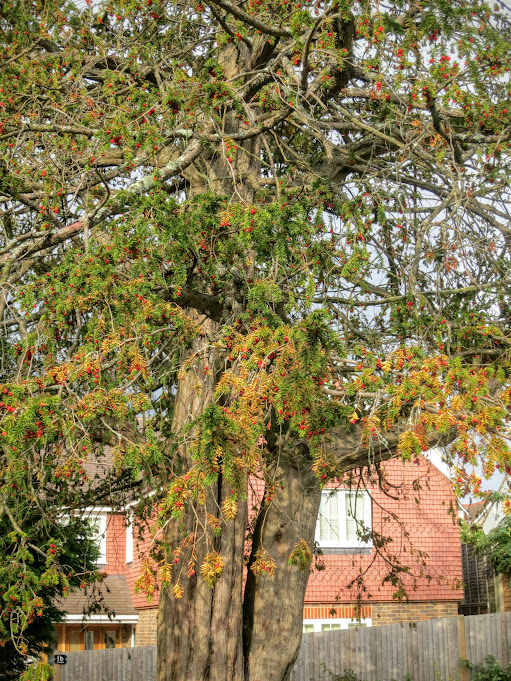 Any advice would be appreciated.

Edit: I don't mind paying for someone to come and do some pruning / fixing if that would help in any way...