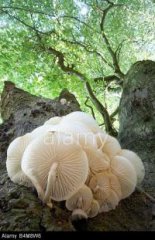 By SteveA, July 10, 2013 in Forestry and Woodland management