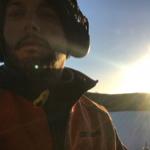 This you on Grindr Stu?

After reading all the above, i am surprised no one has mentioned hiring a 3 tonne digger in either on a self drive basis or with a operator, i think it would be by far the quickest, easiest and the ch

I'm practically an 'influencer' me.  Visit me on Grindr for more stump removal tips.    Stuart