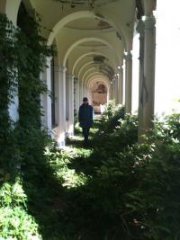 They're tasty enough but a bit of a faff and fiddle to peel enough for a mouthful. The leaves of beech are also edible. When young you can use them in a salad, rather bitter though. There's a drink c

I'm not an arb person but am rapidly learning about trees after buying 4 acres of woodland with my siblings this summer.   I was just tapping out a big long reply explaining what I learnt so

There were oak acorns in Cumbria last month, not sure how it compares though to past years.