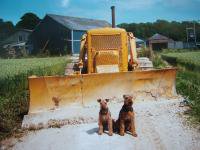 Thought the land was dry!

By Billhook, September 14 in General chat