Mature Ash tree pollarded in an awful way, what now?

I had an overgrown ash tree that had probably never been pruned in its 100 years life which was smothered in dense arboreal ivy. As more and more large limbs were breaking off in the past 2 years, I thought I should finally get someone to reduce its size and so I spoke to several tree surgeons who all offered pretty much the same thing which was a crown reduction. The guy I went with said he would reduce the crown by 30-40%, now that should have raised a red flag but because of my ignorance I just assumed that it was okay because it was an exceptional situation. Come this Tuesday, he turns up with his team and carries out what I believe is a pollard/topping and removes the entire canopy. He removed all the ivy except some large vines which would damage the bark if ripped off, but he did poison it so it shouldn't grow back. Unfortunately, I didn't realise the damage he had done to the tree until I asked some arborists on another forum. They said that the tree is now guaranteed to die and I will have to remove it within the next few years. If it doesn't die straight away then the water sprouts will cause me more problems and result in more large limbs falling. Lastly, because of the stub cuts the tree is now guaranteed to rot and get a fungal disease.

The reason I'm posting on here is because the other arborists were mainly American and they did come across as overreacting a bit especially since they kept mentioning emerald ash borer. It would be great if I could get the opinions of British arborists on the extent of damage done to the tree and what will happen to it now. Is the tree truly doomed or am I able to somehow save it and keep it in good health? I didn't want to remove it for environmental reasons (birds used the tree) but if I have to in the next 5 years, is there a good replacement tree that can provide the same sort of habitat for wildlife, and can grow to a good size in those 5 years? How often will I have to prune it now? Regarding Ash dieback, there haven't been any reports in my area and the canopy was lush and full this summer.

Incase the image doesn't show for some reason please use this link: 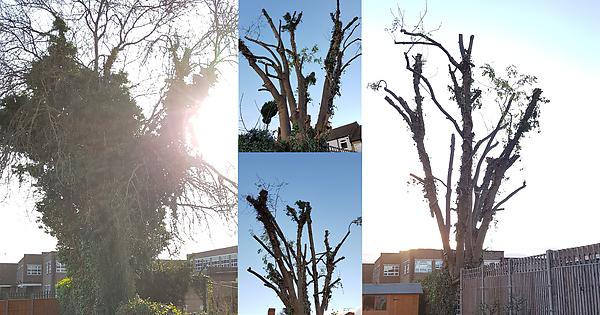 IMGUR.COM
Imgur: The magic of the Internet 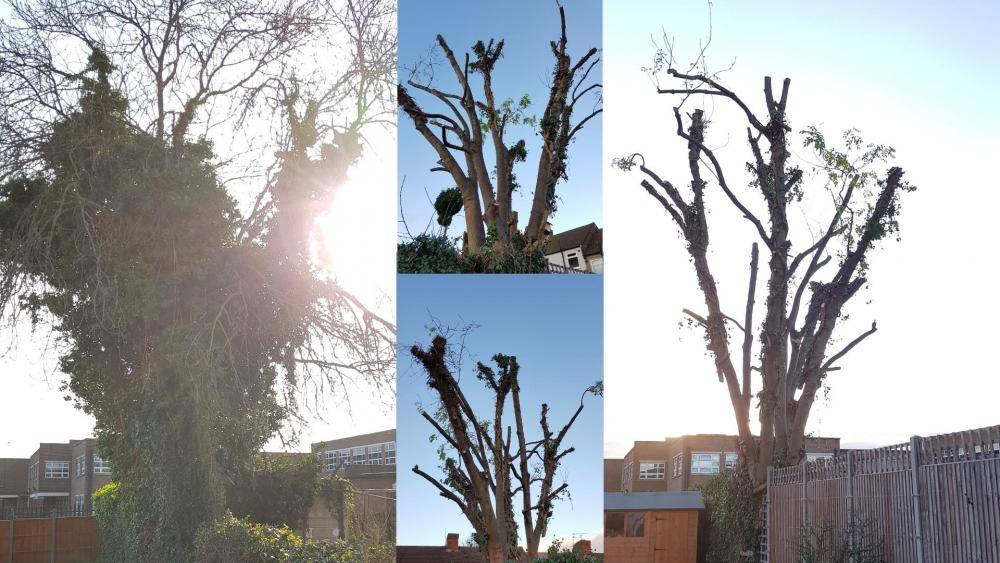 12 answers to this question