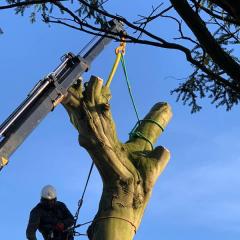 By bigtreedon, September 30 in Chainsaws