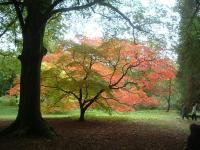 By Sutton, May 9 in Forestry and Woodland management