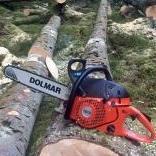 Which NEW Pick-Up for Towing