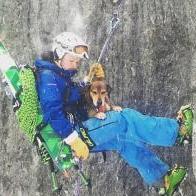 Yeah I know, knot exactly a tree, but you guys are just so bloody clever I know you can help with this.

I've just inherited the use of a polytunnel which has lain dormant for a couple of years, and a nearby clump of Japanese Knotweed has started to poke through the ground in places. It's not too bad, but the problem will only get worse, obviously. I'll try and get a couple of photos tomorrow.

I've got plans to move the tunnel in the future, maybe next season, maybe the year after... but for this year, what can I do to minimise the problem? I'm wary of cutting the stems out, but I'd much rather keep the ground that I have available instead of putting in raised beds or benches after putting down sheets or slabs or something, as I hope to move the tunnel in the future. How much of an extra problem am I creating by just cutting the stems now and pretending they don't exist for the rest of the season?

Thanks for any advice dudes.

53 answers to this question