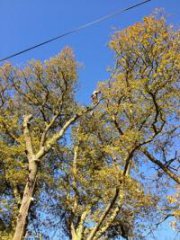 Queen to cut down Windsor trees