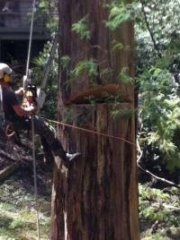 By munkymadman, December 14, 2018 in Rigging and roping