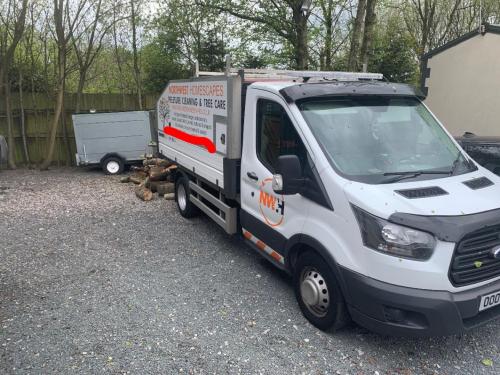 2017 transit tipper it has a fully arb style body fitted including barn doors, toolboxes, chipper top with ladder rack, has Led beacon fitted, crash rails & towbar this truck wants for nothing ive owned  for around 18 months and never let me down and i bought it of a freind who had had it for a while and had also been well looked after and never let him down or had a problem its a good strong reliable truck the only reason for selling is im after the same truck but in a crew cab for somewhere to store tools its has 74k on the clock its drives like a car one of the best driving trucks i have seen never carried loads of weight its a well looked after truck will be interested in a swap with a crew cab or for just a straight sale👍not in a rush to sell as i it is a good truck and if i had somewere for tools ide keep it

but will accept a quick sale for the right price

No Vat to be added

There are no questions to display.